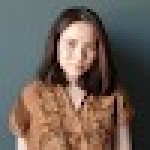 Updated 10 hours ago by JQ Lee

This module is accessible by Owners and Managers only!

This module can be accessed from the side navigation menu under the menu item, Broadcasts.

The Broadcasts Module allows you to send mass messages to all of your Contacts, or target selected Contacts based on Tags and Channels.

The Broadcasts Module has three separate views depending on your needs: Calendar, Scheduled, and History. You can switch between these views via the dropdown menu on the top left of the module.

In the Calendar view, you can view all broadcasts including the past and scheduled broadcasts. Use the arrows on the top right to navigate through the months.

In this view, you can see a list of scheduled broadcasts to be sent out at a specific date and time.

Tip: Use the Search function to look for the broadcast you want.

In this view, you can see a list of broadcasts that have been sent out. "Recipients" is the number of contacts targeted to receive the broadcast and "Number Of Broadcast Messages" is the total number of broadcast messages to send to the expected recipients.

For instance, if there are two Contacts with the same phone number, the broadcast will only be sent to one of the contacts with this phone number once. In the Broadcasts Module, it will be shown as two messages, but actual usage in the Billing and Usage Module will be one.

To increase the number of broadcasts allowed under your subscription plan, upgrade to the business plan here or contact us about custom plans.

Broadcasts are counted by messages sent, not by number of contacts.

Example: If a business has 2,000 contacts and sends a broadcast to all of them once a week, that’s 8,000 broadcast messages in a month.

If you exceed the number of broadcast messages allowed, the entire broadcast will not be sent.

Learn how to create, view, send, clone, delete and export a Broadcast.

Learn about the reasons broadcasts may fail to be sent and how to resend broadcasts to Contacts who did not receive them.

Learn how to send a simple broadcast to a group of Contacts on supported Channels.