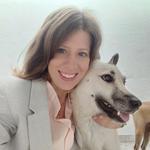 Updated 2 weeks ago by Susan Swier

Step 1: Navigate to the Broadcast Module

From the side navigation menu, select Broadcast from the menu.

At the top bar, press the blue ADD BROADCAST button and the New Broadcast dialog should open up.

Pick the Channel you wish to send the broadcast to. Only Contacts of the selected Channel will receive the message.

Refer here for the list of Channels that support broadcasts.
Important: Depending on your plan, your monthly number of broadcasts may be limited.

Enter a name for your broadcast under the Broadcast Name field.

Next, you can choose to select your audience to broadcast to. This can be done by narrowing down your Contact List by using Tags or segments. You can use Tags to filter out the Contacts or simply send the broadcast to all Contacts under this Channel.

Tip: Below the field, you can find the estimated number of Contacts that will be targeted under your current settings.

This option only exists if you select Channels that can be enabled by phone numbers.

However, in cases where multiple Contacts share the same phone number, only one Contact will be taken into account and precedence will be given to the Contact who has connected to the Channel previously.

Refer to this page for more information on Facebook Tagged Messages:

If you have selected WhatsApp as the broadcast Channel, you will be prompted to specify broadcast content using WhatsApp Message Templates and you are able to check out the message in the preview section.

Dynamic variables can be used when sending WhatsApp Message Templates.

Refer to this page for more information on WhatsApp Message Templates:

Begin composing the message of your broadcast by pressing the blue Add Content. You can choose from the following content:

Each broadcast can only hold up to a maximum of 5 different content.

Tip: Include dynamic variables in your broadcast content to personalize the content. This is available for all Channels except LINE, Viber and SMS (MessageBird).

You can reorder the existing content by dragging the reorder button on the left of each content.

You can also remove the content by pressing the delete button on the right of the respective content.

If you do not wish to send the broadcast immediately, you have the option of scheduling your message to be broadcasted at a specific time. This is done by selecting Send Later in the Schedule Broadcast section.

Fill in the date and time that you want the broadcast to be sent out and specify the specific time zone to be used. If you do not schedule the broadcast, it will be sent out immediately instead.

Important: Note that broadcasts cannot be edited once they have been scheduled.

Before sending the broadcast to mass recipients, you can send a test broadcast to yourself or a test recipient to verify the look and feel of the content.

Tip: Do check and verify new content before sending it as a broadcast.

Once you have verified the recipients and broadcast content, press SEND BROADCAST or SCHEDULE BROADCAST to submit the broadcast.

There are monthly limits to the number of broadcasts businesses can send. Learn more about Broadcast Message Limits here.
IS THIS ARTICLE HELPFUL?

We love to hear from you!

Learn about the Broadcasts feature including fields, views and message limits.

Learn about the reasons broadcasts may fail to be sent and how to resend broadcasts to Contacts who did not receive them.